Google Analytics is one of the most powerful analytics tools out there, even though many non technical users think it’s too complex.

To simplify the usage of Google Analytics tracking, I’m working on a enhanced version of the tracker, an addon that can help a lot of non-technical marketeers and web analysts.

The Enhanced Google Analytics (eGA) tracking, as I call it, will track:

eGA uses GA events to measure all the micro actions:

How to install eGA?

You can just add the following script to the end of the page, before closing the body (</body>):

eGA allow you to set the domain and the time interval:

While surfing the web, especially in YouTube, I found a great commercial spot from Honda. This spot has something like 2 years, but I think it’s amazing and I want to share it with you.

This spot is not an interactive web campaign neither some marketing innovation technique but a simple and really good TV spot.

Honda is a great car manufacturer but they are showing that cars aren’t the only thing that they do good. Besides the old spot above, there is a really cool one recently published to promote Honda Civic.

I love Japanese cars and Honda ones are really great. Their quality and the fantastic campaigns that they made help Honda to still one of the most known brands.

Honda – The power of dreams

With the evolution of the Internet and virtual world the marketing has become in new and interactive solutions that capture the watcher attention and incentive him to participate.

Web Marketing is a new age where brands can be more close to the client and surround him in the world of its campaigns. The interactivity offered by Rich Interactive Applications (RIA), available in the new information age, turns the client from a watcher to a player or a character that participates in the campaign.

The possibility to interact in the campaign allows the watcher to easily recommend the campaign to his friends, making the term “viral marketing” a reality with a publicity made by your own clients and/or visitors.

In the last year there were several campaigns that reflect this new age of marketing. Here I’ll show and describe different types of campaigns made in 2007. 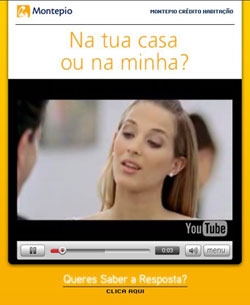 A Portuguese bank called “Montepio Geral” launched a campaign to show how simple its mortgages solutions are. They intended to build a TV and web campaign.

The first step was to choose a good slogan and the one was “Na tua casa ou na minha?” (“In your place or in mine?”), trying to let the watchers mind fly to sexual intention, at least in the Portuguese expression. With the slogan and a piece of the campaign, a provocative piece, they launched a web campaign exploring the viral marketing by showing online the campaign even before the TV to all visitors that have seen and recommend the web site. The video of the campaign was published in the YouTube being available to the public and making part of the web campaign.

The web site of the campaign is no longer online but the URL http://www.natuacasaounaminha.com takes the visitor to the mortgages page of the bank.

In this campaign we enter in a more interactive world, where the Gamebox web campaign from the world wide known soccer team Sporting, allows the web site visitor to be part of the campaign.

The “Gamebox” campaign asks your name and phone number and starts the campaign movie. The movie shows all players, some of them international and shows the coach waiting for someone. After a while the coach makes a phone call. For your surprise the visitors phone (the same you gave to the campaign) starts ringing. When you answer, the coach, Paulo Bento, start talking with you saying that they’re waiting for you and your presence is important. If you don’t answer the phone, the behavior of the coach is different.

This type of interactive campaign is a way to mark the visitor and call his attention to the product, even if he don’t buy, he will not forget it so soon.

The interactive version of the campaign is no longer available but the standard trailer still at: http://www.sporting.pt/Servicos/Gamebox/Gameboxvideo.asp

The last example is a fully interactive campaign with a game, a trailer and some goodies to enter visitors mind and shows the product advantages. A campaign based on a full history, have a meaning and a purpose. This campaign started in 2007 but still going this year.

This campaign is a fully Rich Interactive Application (RIA) that shows the baby’s fighter world. It has a story, a really good movie animation campaign, some goodies and a great game that allows the visitor to fight for a cause and take the campaign spirit.

Check more about this campaign on another post of this blog. 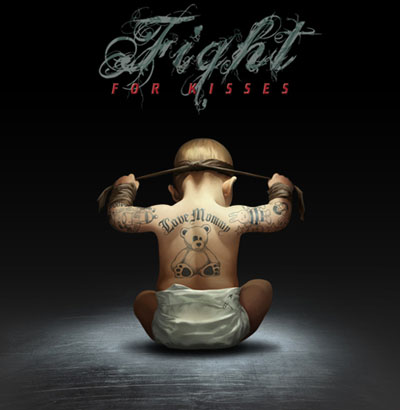 Recently I visited an amazing web campaign with a Rich Interactive Application (RIA), a really cool trailer, some other great features to explore, like screensavers, desktop backgrounds and other stuff, and the most important, a game to really fight for the cause that will be released soon. A fully interactive web site that takes the visitor to a world of animation that gets his attention.

This campaign from Wilkinson explores the idea of a fight between fathers and sons to get the wife/mother attention. The son get all attention until the father saw the new Wilkinson Quattro Titanium that shaves so well that the man’s face feels like a baby skin. For now on, the baby has a player at his level. So, the baby will practice and fight for the moms attention. A really cool campaign, more than a simple trailer, that takes the visitor to a new experience. You must see this campaign, really great, genius.

I’m waiting to see the game. A battle between a well prepared baby wanting the moms attention back and a man…well shaved! If the game will be so great like the history and the RIA it will be an amazing campaign.

Greetings to Wilkinson and its partners for the great job.

Campaign is online at http://www.ffk-wilkinson.com/, check it out.